The Lagotto Romagnolo has the restrained character of the true country dog, the typical appearance of a dog which has its roots in history and the gentle, attentive expression common to all dogs of Italian breed.

A first glance it gives an impression of something historic and archaic that has miraculously survived to the present day - a living challenge to time and history.

Many centuries ago the people of Italy developed a thriving trade with the Orient. This system of commerce involved continuous contact at every level, thus allowing the different populations to learn much about each others' cultures and customs - and a knowledge of dogs was no exception to that rule. This explains why so many archaeological sites, especially in north-west Italy, have revealed the presence of various canine breeds, especially a small water dog with a bristly, crimped coat.

(near Ferrara): they regularly depict a dog that is extremely similar to our Lagotto.

these breeds as far a field as the and the British Isles, it should be noted that this happened centuries after the initial contact with Italian populations.

When water dogs reached Spain via North Africa at the time of the Moorish conquests, giving rise to the present-day Perro de Agua Espanol, they had already been on the Italian peninsula for centuries, especially in the wetlands and marshes of the Romagna. It is thus quite probable that the Canis acquaticus of which Linneo spoke, defining it as having been around for some time in the Mediterranean Basin, is none other than our Lagotto. In its morphology the drawing made by Linneo bears a striking resemblance to the curl-coated dog of the Romagna.

Following the disappearance of the Etruscan civilization water dogs continued to flourish, remaining a common sight throughout Roman and medieval times, especially along the tract of coast that runs from Ravenna, through the Comacchio and Veneto lowlands to Friuli and the Istrian peninsula.

In the frescoes of the Bridal Suite of Palazzo Ducale dei Gonzaga di Mantova, created by Andrea Mantegna in 1456 there is, in the scene representing "The meeting", at the feet of the marquis Ludovico III Gonzaga, a dog which is apparently the same as today's Lagotto.

From the 16th century onwards books on folklore, local culture, customs and hunting are full of citations that mention the utilisation of a small curly-coated dog used to retrieve water game.

These dogs carried out a number of activities, providing support for the vallaroli (or "lagotti"), a picturesque folk who, prior to the sweeping land reclamation of the late 19th century, were the real soul of those game-rich lagoons. The vallaroli, who were granted use of the famous tinelle or botti (marshland hides made from barrels) for lowland hunting, generally accompanied the local gentry in the fascinating, yet difficult practice of hunting.

The vallaroli were also trained to find truffles: back then far less was known about truffles and they were far more abundant. The inseparable companions of the vallaroli were the small Lagottos, guardians of boat and house, and excellent retrievers (especially of coots) way back when hundreds of small boats would beat the hunting ground and surround and kill flocks numbering thousands. The Lagotto would, often for hours on end, dive into the water whatever the season, even breaking through ice to swim under it and drag the fallen birds back onto the shore (an activity made possible by the animal's compactly crimped coat and thick undercoat which forms a water-repellent layer that keeps the water off the skin).

The name Lagotto derives, then, from its original career as a water dog. In the local dialect of the Romagna "Càn Lagòt" is synonymous with "water dog" or "wetland hunting dog with crimped, curly coat".

A sharp aptitude for searching, a steep learning curve and an unbeatable sense of smell, would, in time, make the Lagotto an efficient truffle-finder. Land reclamation has, over the decades, steadily shrunk the immense wetlands of Comacchio and other parts of the Romagna.

In subsequent decades the use of concrete pylons to support grapevines and the steady disappearance of woodland have made the truffle a somewhat rarer find, especially on the plain. The Lagotto then turned out to be the perfect choice for searching in hilly woodland and thorny scrub during the autumn-winter period on account of its tightly-knit coat.

Even as far back as 1920 the Lagotto was well known in the valleys of the Romagnolo Apennines, in the Valle del Senio, Valle del Lamone and especially in the Valle di Santerno.

It should be born in mind that back then no-one was interested in the Lagotto as a pure breed: the existing breeds were considered to be more than sufficient and the cross-breeds were often even more appreciated on account of their robustness, character and resistance to disease. Truffle hunters have always bred their dogs on an entirely empirical basis (outside of any genetic rules), taking into account only the immediate, practical outcome: a brilliant truffling dog, whether Lagotto or not. However, merit where merit is due: the truffle hunters of that period did not let our Lagotto fall by the wayside, allowing it to survive - almost by miracle - to the present day in near-perfect phenotype and genotype form.

Towards the mid 1970s a group of Romagna-based dog lovers decided to save the breed, which was risking extinction as a result of the incompetence, ignorance and negligence of owners: The group was led by the gentlemanly Quintino Toschi, President of the local dog society and the E.N.C.I. breeder and judge Prof. Francesco Ballotta (who still remembered the Lagotti of his youth perfectly). They were supported by dog expert, judge and world-famous breeder Dr. Antonio Morsiani and Lodovico Babini, a

Romagna-born dog lover with extensive experience. They were to set a genetic reconstruction programme in motion that would save the Lagotto from the one-way tunnel to extinction.

With the founding of the Club Italiano Lagotto (C.I.L. - Italian Lagotto Club) in Imola in 1988, which now has members all over the world, a firm foundation for official acknowledgement of the breed on the part of E.N.C.I. and F.C.I. was created.

Official recognition by E.N.C.I., with approval of the morphological Standard drawn up by Dr. Antonio Morsiani (following years of biometric measurements on hundreds of subjects) was achieved in 1992. In 1995, thanks to the constant dedication of the Club and its technical bodies, provisional international recognition by F.C.I. was won and in 2005 the breed finally got recognized completely. 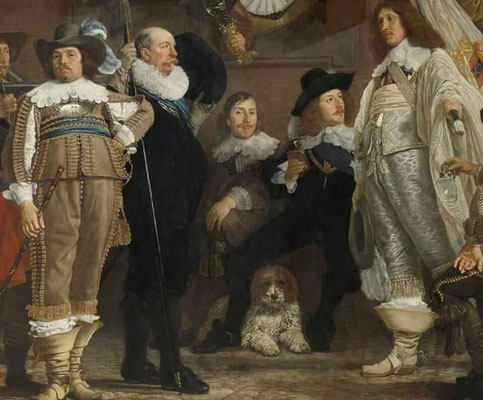 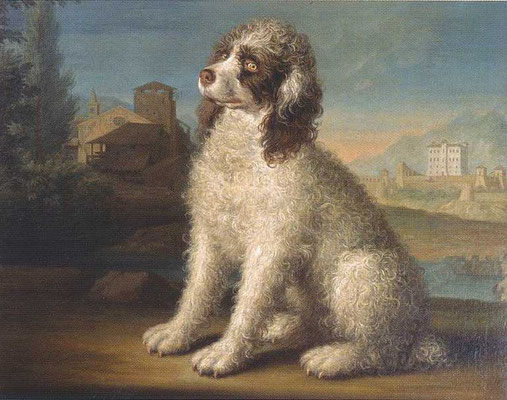 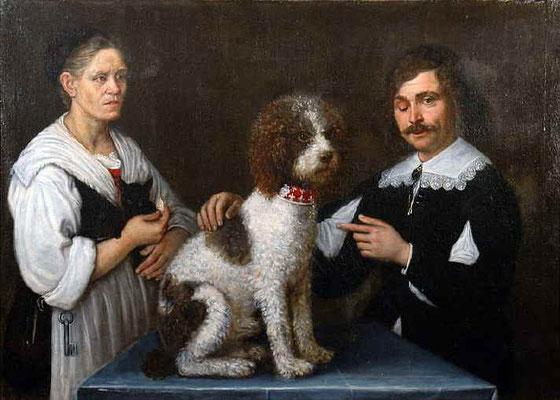 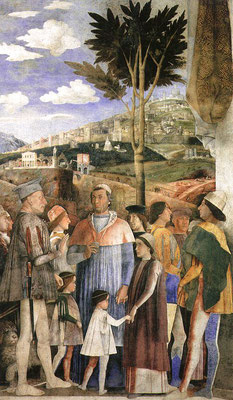 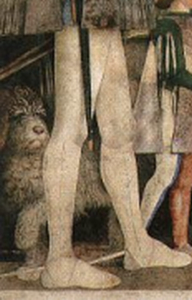