Through him I met the Cane Corso, which I started to breed 1995. I had one of the first litters ever born of this breed in Germany.

I grew up with a black, medium sized poodle, that belonged to the neighbors of my grand parents. I walked him on a regular basis and we had alot of adventures together until he died of old age.

Because of him I always had a soft spot in my heart for poodle like dogs. He was a rustic dog, picking fights with every male he met and jumping every fence for a female in heat. He also wasn't groomed in the typical poodle style, which, at that time, I had no clue about.... So he wasn't the average poodle.

When I started to look for my own dog years later, I first looked into poodles, but was not very happy with the way they got groomed, so at the end I bought a total different breed. But I never forgot about him completely.

Because of breeding Cane Corsos, I went to Italy often during the following years, visiting also dog shows. There I saw the Lagotto Romagnolo for the first time and I was thrilled. There it was, the dog of my childhood! I started to look into the breed and soon later I bought my first Lagotto from Luciano Landi, "di Casa Cleo" kennel, one of the most famous kennels at that time. He also asked me to show his dogs in Germany so I was the first one presenting the breed in the show ring in Germany after they got FCI recognized. Since then there always had been at least one Lagotto in my life.

Moving from Germany to the US and later to Italy, I stopped breeding Cane Corsos and focused on the Lagotto Romagnolo. Since 2010 I am back in the showring in Italy and Europe. Over time I learned to groom the breed for the show ring and now give grooming seminars for people interested on a regular basis.

At the end of 2017 I finally moved back to Germany where it all began, but will continue breeding on a small basis. 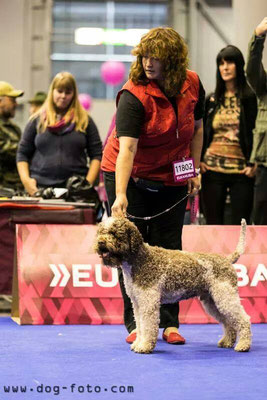 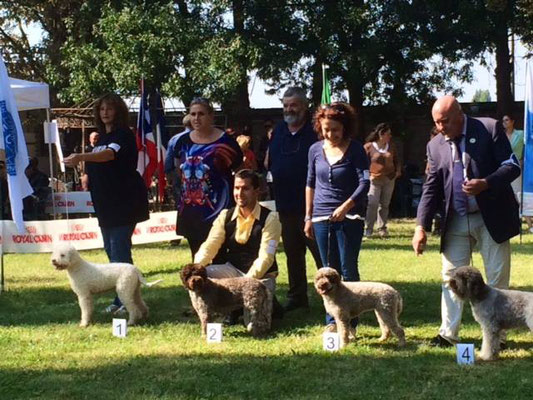 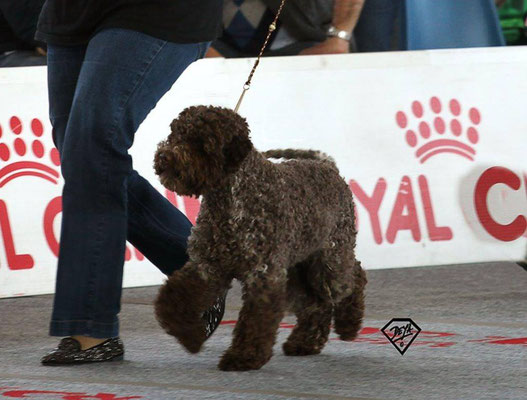 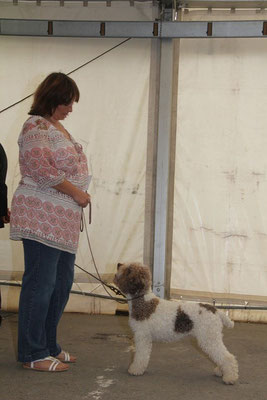 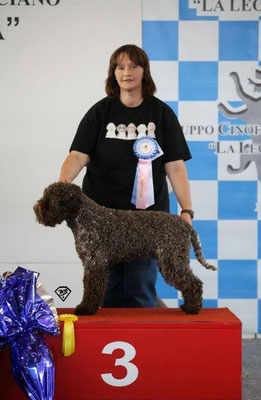 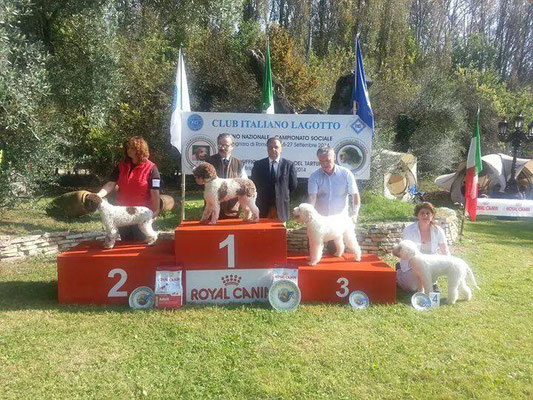 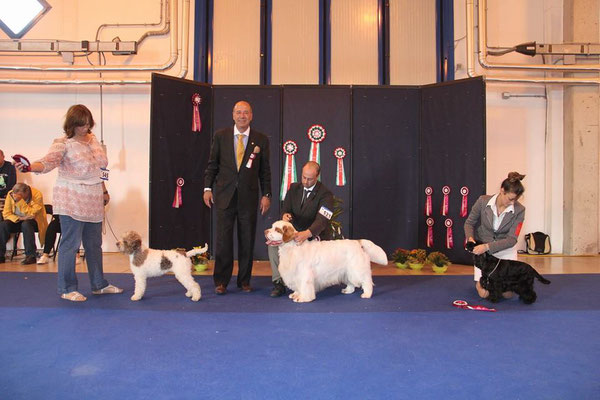 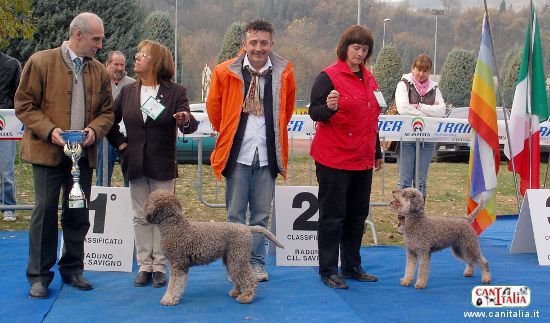 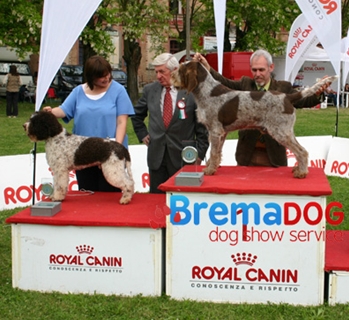 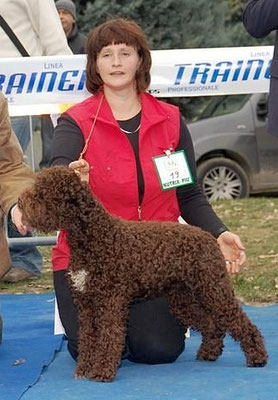